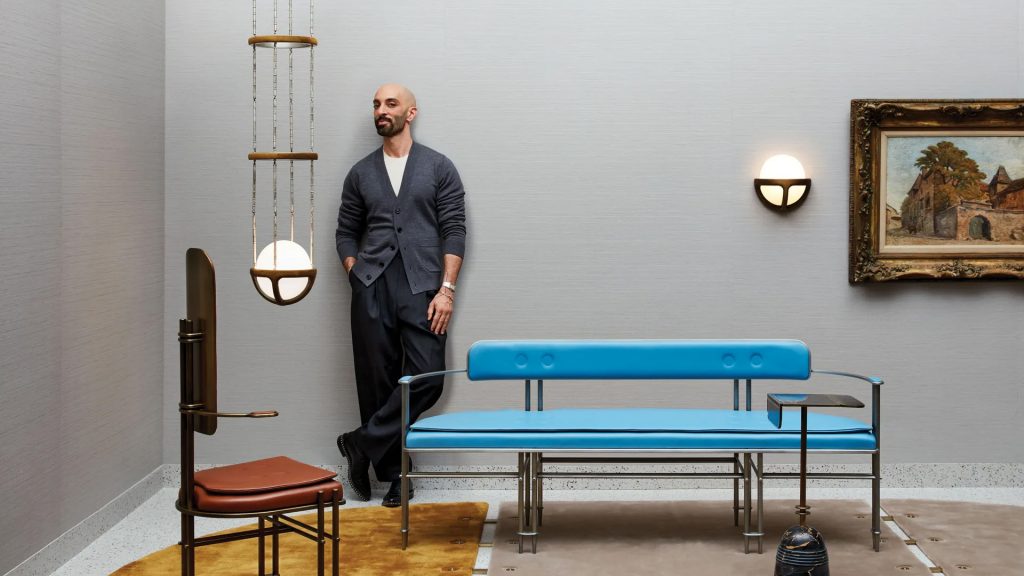 Act Four, the long-awaited collection of the American design studio Apparatus, is now available for order. One of the studio’s largest works, which included about 30 pieces of furniture and lighting, is inspired by retrofuturism and the era of the 60s. The collection also became Gabriel Hendifar’s first independent project after Jeremy Anderson left the studio.

Act Four celebrates the playful optimism of human intervention in material object. Exploring a period in which man-made ingenuity and technology elicited delight, the collection draws on forward-looking 1960s cultural touchstones and scientific innovations which coalesce into an atmosphere of wonder. Act four negotiates the delicate balance between machine perfection and the human hand, revolving around a highly touched object and the nearly imperceptible hand that creates it. The resulting collection is a complete point of view; its objects serving as artifacts of the mental imprint left by a joyful time in creation and mechanization.

Act four is presented in a series of scenes imagined as dioramas of public and private life. Entitled “The Brief”, “The Muse”, “The Work” and “The Finish”, the structure of the scenes evoke the arc of the studio’s creative process.